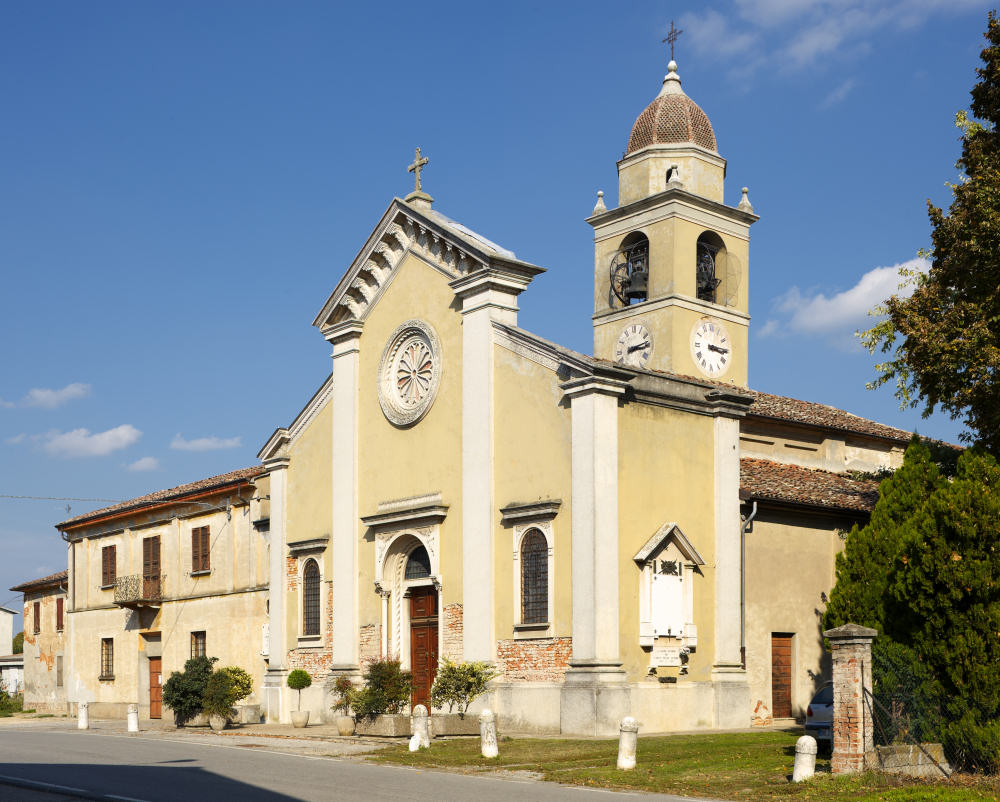 The parish church of the little community of Pozzo Baronzio is consecrated to the Assumption of the Virgin Mary and it is a small holy building, which dates back to an indefinite period between the 17th and 18th centuries.

It is divided into three naves with columns meant to sustain the vault, it has a small higher chancel, enclosed by an elegant eighteenth-century banister and it was decorated in different stages, from the second half of the 19th century to the beginning of the last century. In the chancel there is the finely-carved marble altar which was sanctified on 6th August 1743. On the walls we may admire the organ from the half of the 19th century, while the counter-façade shows the great sixteenth-century painting of the Last Supper of Venetian School, attributed to the atelier of Jacopo Robusti, better known as Tintoretto (1518-1594).

The apse houses a wooden eighteenth-century choir and in the recess there is a copy of the painting showing the Assumption of The Blessed Virgin Mary by Bernardino Campi, while the original is conserved in the Civic Museum of Cremona.

The two main altars of the church, both from the 19th century, are located in the lateral naves together with the statues of the respective saints. The one on the right is dedicated to the Sacred Heart of Jesus. A seventeenth-century painting showing the saint bishop Carlo Borromeo from Milan is located above the side door, while a statue of St. Luis Gonzaga is enclosed in the little recess next to the counter-façade.

The counter-façade is enriched by the seventeenth-century painting representing the Blessed Virgin Mary with the Child and the Saints Anthony of Padua and Francis of Assisi.