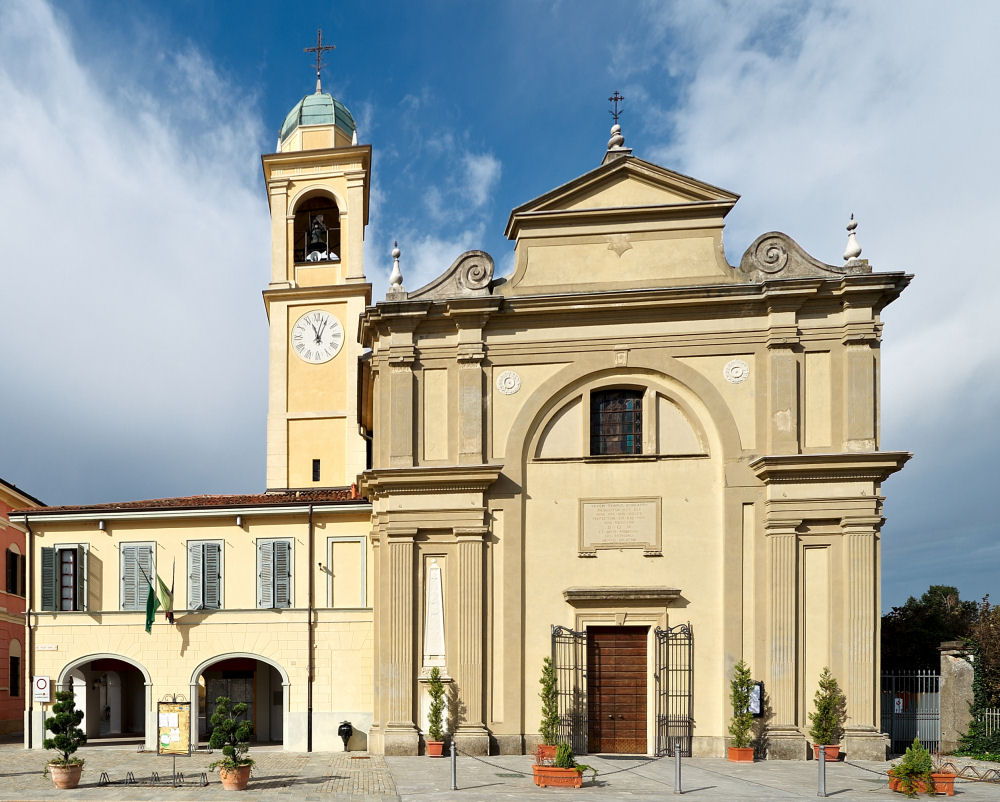 The parish church of Torre de’ Picenardi, dedicated to the Milanese bishop and Doctor of the Church Saint Ambrose, was rebuilt between 1710 and 1724 upon the ruins of a previous sacred building. Members of the noble Sommi Picenardi family who had been living for over six hundred years in the village enriched the church with refined works of art.

The chancel enclosed in two manufactured banisters contains the imposing marble altar and in the apse at the bottom of the nave there’s a valuable altar piece from the 16th century painted by the artist F. Pescaroli, named il Seniore. The same recess holds a rare and precious collection of more than eight hundred relics. The church is also the place of rest of the Blessed Elizabeth Picenardi (1428-1468) from the Third Order of the Servants of Mary. Elizabeth was ancestress of the marquis family and her anniversary is currently celebrated on the 19th February every year.

The church is home to several paintings. One  shows St. Apollonia’s martyrdom and it is by the Venetian Giacomo Negretti, better known as Palma The Young (1548-1628); another one represents St. Rose of Lima with the child and devotes and it is by the Milanese painter Giuseppe Nuvolone (1619-1703). Two other paintings by unknown artists dating back to the XVII century represent Saint Francis of Assisi and the Blessed Virgin Mary with the Saints Cosmas and Damian.

The decorative assets of the main nave consist of a system of vaults dating back to the 19th century, enriched by the presence of four seventeenth-century fine wooden altars, with Saint Mary of the Graces and the Blessed Virgin of the Rosary on the left and Saint Rocco and Joseph on the right. At the middle of the nave it is also possible to admire the rare and precious barrel organ “Franceschini 1855”, composed of about 1100 pipes, while the counter-façade shows the great eighteenth-century painting of Saint Ambrose with the Christ triumphant which was a altar piece until 1799.

In the sacristy other important works of art are conserved, first of all the sixteenth-century painting of Saint John Evangelist’s martyrdom by Galeazzo Ghidoni (1582-1619) from Cremona, as well as the Resurrection of Lazarus and Saint Paul’s Conversion, both by an unknown artist.