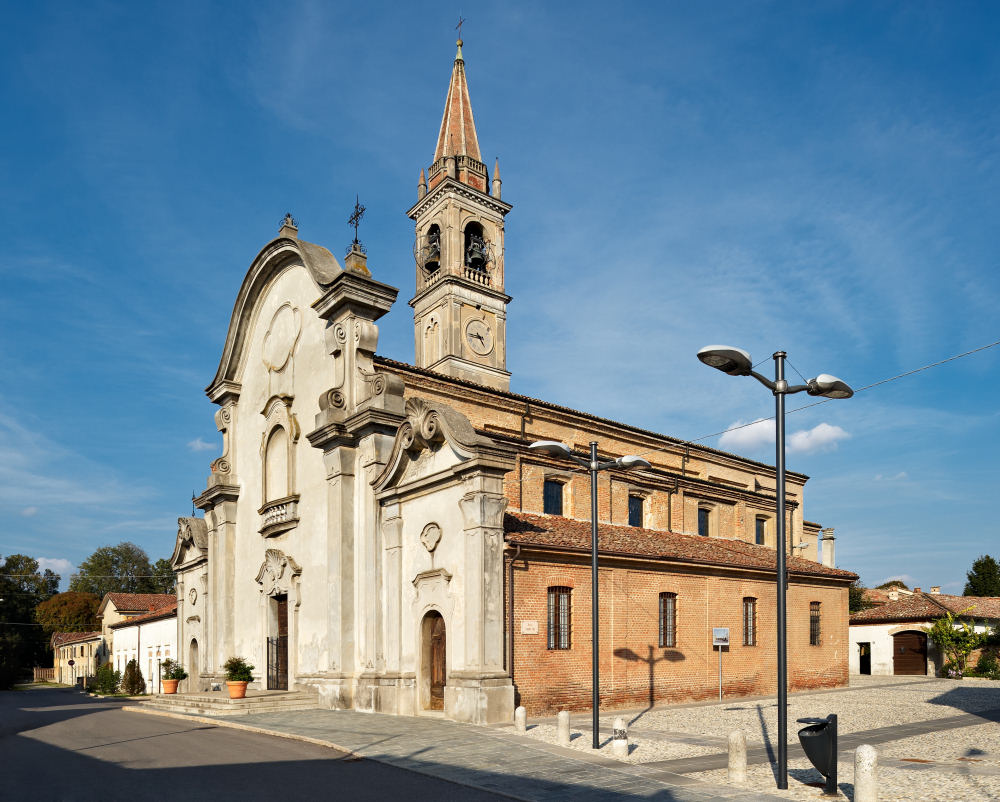 The parish church of San Lorenzo de’ Picenardi, dedicated to St. Lawrence Martyr, is located in the center of the homonymous little community under the municipality of Torre de’ Picenardi. Its structure dates back to the end of the 17th century and is characterized by the presence of eight chapels on the main nave and a broad chancel. The church has gone through a series of countless renovations and restorations, which ended only in in the 1920s after its enlargement. Proceeding from the altar, the six chapels, three on each side of the nave, are most antique part of the building. The first one on the left contains a painting by Luca da Cremona (1820) representing St. Anthony of Padua, the following one is decorated with frescos made by the architect and painter G. B. Zaist from Cremona (1700-1757) in the first half of the 18th century, showing the Blessed Virgin Mary.

The altar piece dates back to 1686 and was made by the carver Stefano Frattini and the last chapel on the left side was painted with frescos in 1717 by Angelo Massarotti (1654-1713) from Cremona. Massarotti also painted the altar piece representing the Immaculate Mary with Saint Charles, James Major and Margaret. On the right side of the nave, the first chapel was built in 1733 by Giovanni Tosi from Bozzolo (Mantua) and houses a painting of Saint Gerolamus and Catherine made by a local painter; the following chapel was decorated by Luca from Cremona with the painting of St. Francis Xavier’s Transition and the last one is that of the Crucifix, with frescos by Giovanni Tosi in 1733. The last two chapels, which are now empty, once housed the eighteenth-century marble baptismal font by Rezzato and the antique organ.

On the right side near the chancel there is a painting of the Blessed Virgin with the Saints Lawrence, to whom the church itself is dedicated, and Apolinaire, dating back to 1703 and created by Agostino Bonisoli (1635-1707).

In the first half of the last century the church was radically renewed and enlarged. The chapel of St. Louis was added as an external structure and the pavement, the façade and the chancel have been radically transformed, giving St. Lawrence’s Church the aspect it still has today.

In 1912-13 Giuseppe Rotelli from Cremona designed the new pipe organ, which was going to substitute the valuable but damaged antique one, which was at the time inaugurated by the famous musician Ruggero Manna. After the renovation, the new pipe organ was placed next to the chancel where it is still located today.

Many paintings, which already existed before the renewal of the chancel, were subsequently placed there. Among them, it is possible to admire the ones made by Ermenegildo Lodi representing the Virgin and the Saints Homobonus, Anthony of Padua and Francis of Assisi with a beggar, and the Birth of the Virgin Mary.

The apse houses the main altar by Giuseppe Spada (1768) and a wooden choir carved in 1714 by G. B Aimo from Cremona. Aimo was also the designer of the furniture in the sacristy. The altar piece, which presumably dates back to the 18th century, shows Saint’s Lawrence’s martyr and was painted by Vincenzo Borroni, son of the painter G. Angelo Borroni from Cremona. 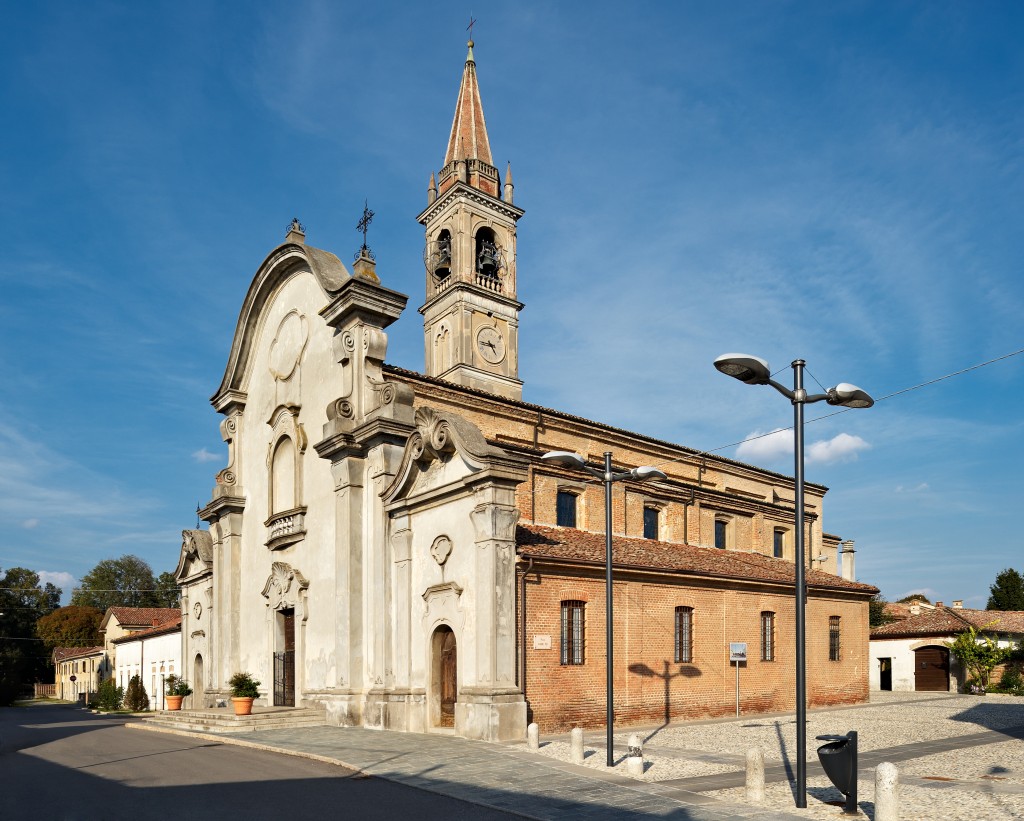 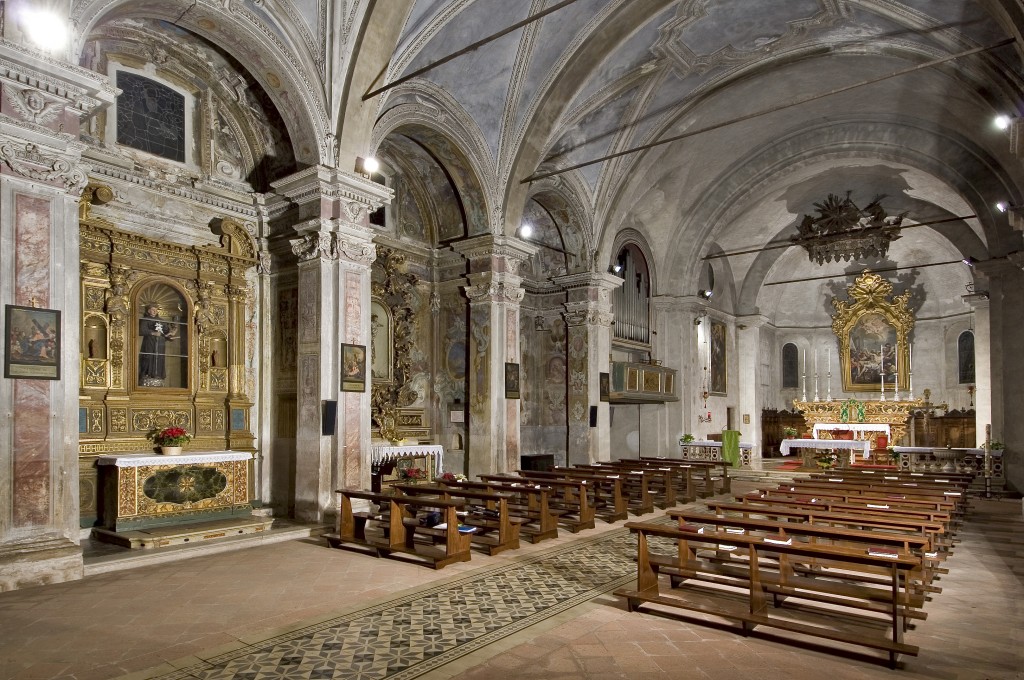